Healthy cherry popsicles that are simple to make, have a spicy magic chocolate shell, boost your immunity, providing energy, iron and even help you sleep! 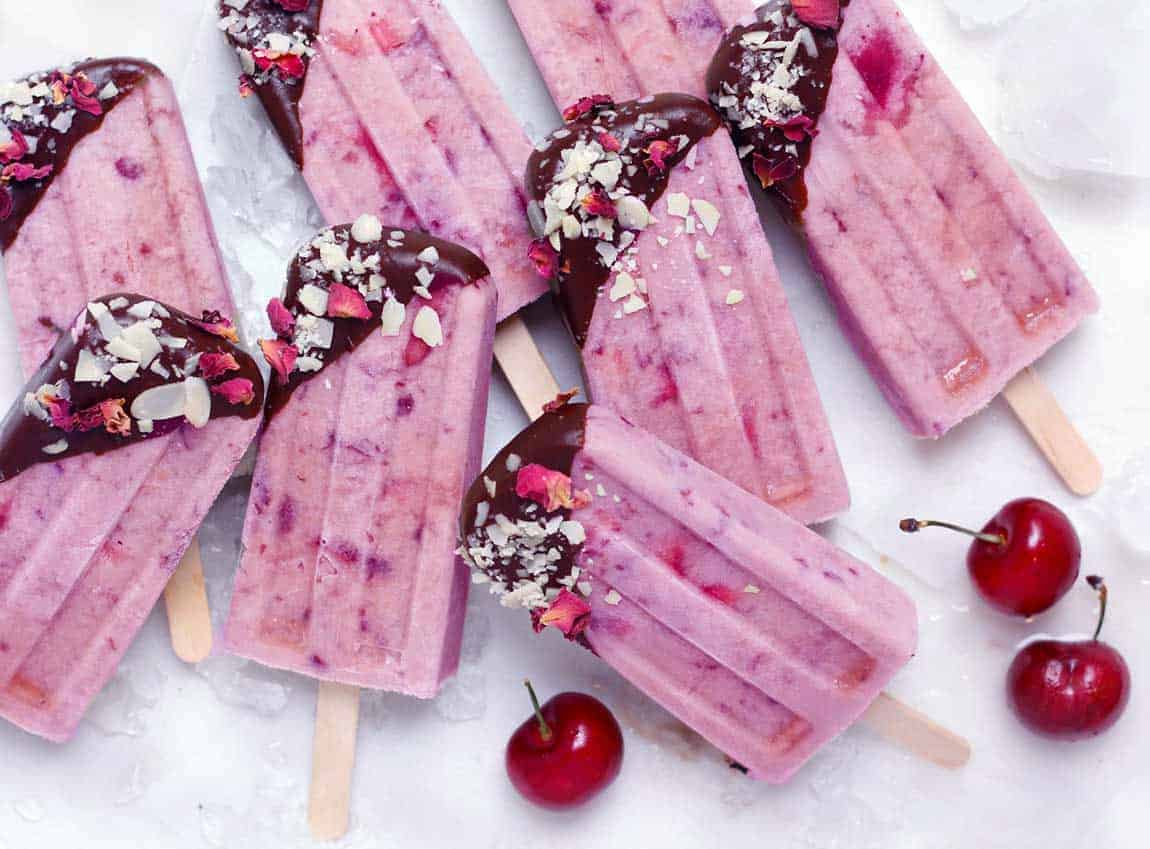 Healthy cinnamon cherry popsicles are the best way to boost the immune system, beat the hankering for a sweet snack and to use cherry and chocolate in one recipe - always a goal of mine, haha.

Our family lately has become obsessed with cinnamon and mayan chocolate.

I think it started when we saw a Mayan exhibit at the Smithsonian this week. How we leaped from history to chocolate, I don't know, but these flavors are awesome and turn any recipe into an exciting adventure!

And healthy of course.

How Healthy is Magic Shell Chocolate?

Well, if you buy the processed bottle at the supermarket, not so much.

But if you make it yourself using coconut oil, cacao powder and maple syrup, it's pretty healthy. Let's break it down by ingredient:

2. The raw cacao powder - the powder achieved from breaking down the cacao bean - has high levels of antioxidants, vitamins, minerals and amino acids. These include magnesium, zinc, calcium and iron, all needed to help your body perform properly. It also contains anandamide, a natural euphoric compound, that helps boost your mood. And even has high chromium which is known to support weight loss.

4. The maple syrup is still sugar but at least it's from a plant and contributes antioxidants, and nutrients like riboflavin, zinc, magnesium, calcium and potassium. 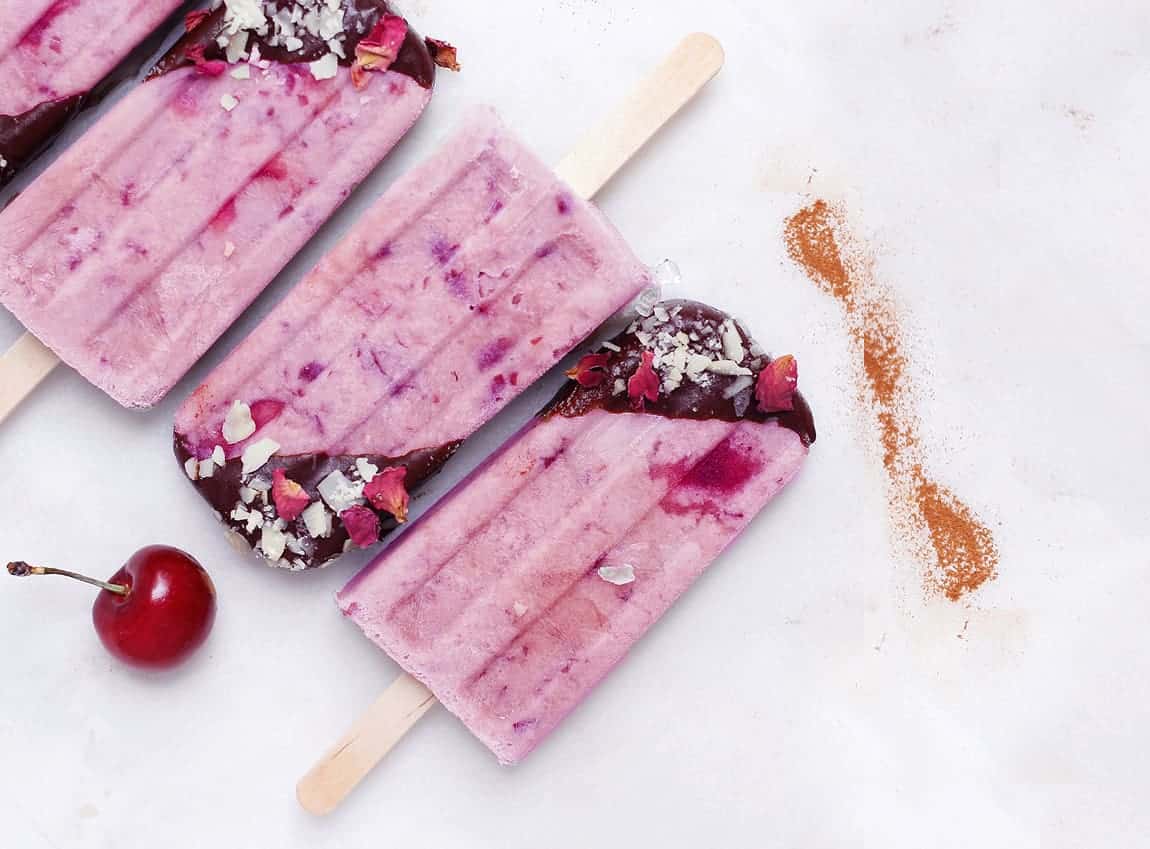 How Healthy is Cinnamon?

Cinnamon, in both the pop and the magic shell, has antiseptic properties, is considered an anti-fungal and is perfect at balancing blood sugar, especially if you've just eaten something sweet!

A quick side note about cinnamon - there are recipes that call for a stronger cinnamon (Saigon for instance) to create the spicy Mayan flavor. I use Ceylon cinnamon in all my recipes however because some cinnamon types have a high level of coumarin, a substance that is toxic at high levels.

Since I love cinnamon, I want it to be safe. Ceylon is more expensive and milder so you must use more to get comparable flavors, but it is the one cinnamon type lowest in coumarin. Read more here.

How Healthy Are Cherry Popsicles

And shall we talk about the nutrition in cherries?

Cherries, especially tart ones, are strong anti-inflammatories, and contain melatonin which improves sleep.

And I put a ton in this recipe. When I say "cherry popsicles", I mean probably ¾ of the entire pop is pure cherry. Which is good because they also reduce belly fat, and help repair muscles after a workout!

They actually do more but I can't stand here all day (Yes, standing, haha. I have a standing desk!) writing about cherries -- we have popsicles and a magic shell to make!

And shall I remind you that these pops are healthy, raw, vegan, plant-based, and delicious? Go buy some fresh cherries, and come back and make popsicles!