A chocolate zucchini smoothie with fresh zucchini, layered with a creamy vanilla smoothie, topped with chocolate. Creamy like a milk shake, dairy free, vegan and gluten-free, and a no banana smoothie. 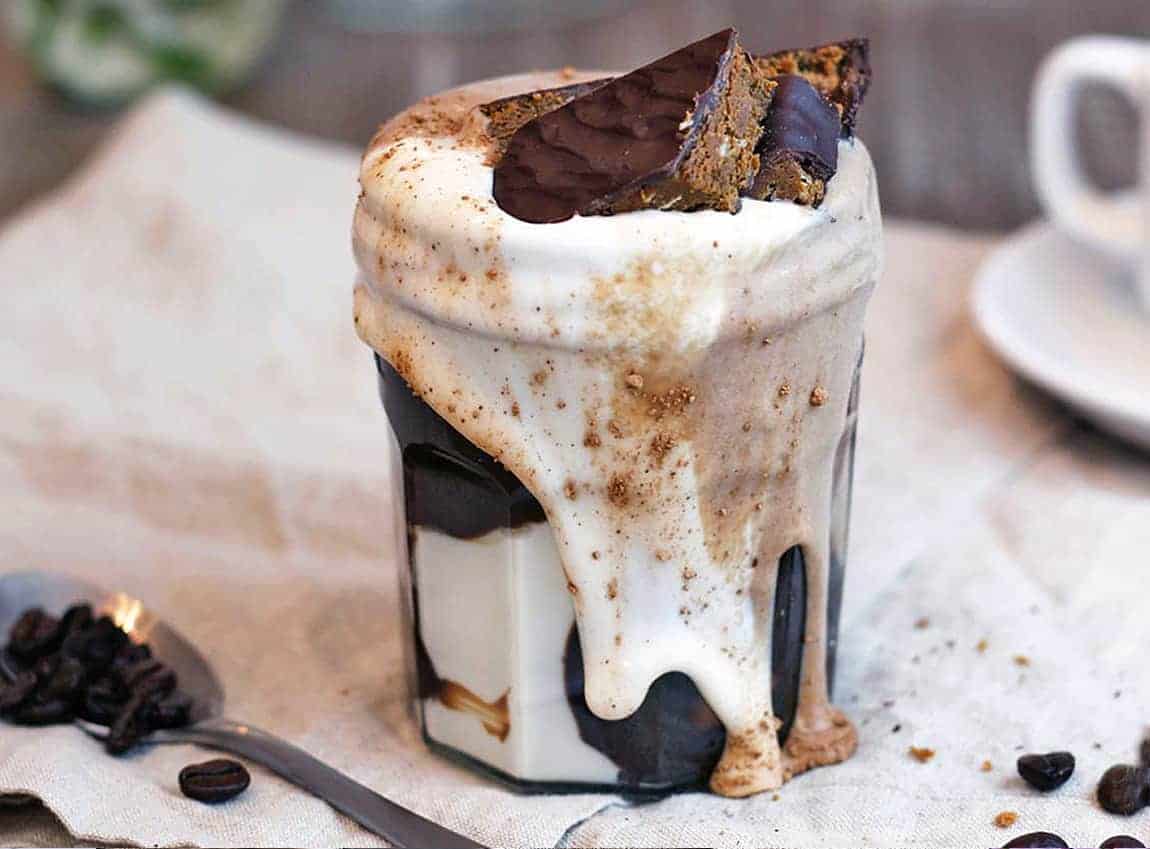 This chocolate zucchini smoothie is super easy to make, with simple ingredients, and hidden zucchini. It's one of the most chocolate-y, energy-boosting smoothies I have ever made! A patchwork of chocolate protein, cinnamon-dusted vanilla cream and topped with mood boosting chocolate.

How to Make A Chocolate Zucchini Smoothie

To make the creamy vanilla smoothie, soak raw cashews in water overnight, rinse and blend with maple syrup, vanilla and cinnamon. That's your vanilla smoothie!
Pour the two in a glass and top with chocolate! Toppings for This Chocolate Zucchini Smoothie

Topped with any chocolate bar or any of my healthy simple chocolate treats. Here are some glorious possibilities at hand:

4. Dark Chocolate Zucchini Cake (what, no! not a cake, haha)

If not these recipes, plop in your favorite chocolate something-or-other and you have the perfect chocolate-y dessert for breakfast or a replenishing post-workout snack. A reader once told me she got superpowers after drinking this!😍

One ingredient behind the nutrition in this chocolate smoothie recipe is the zucchini.

Why Add Zucchini to a Smoothie?

Well, one reason is to thicken it! Other smoothie thickeners of course are bananas (which also sweeten), tofu, yogurt and thick fruits such as mango and banana (also sweeteners).

But sometimes you want a thickener that doesn't add its flavor and that is zucchini! Perfect when you are going for chocolate or more delicate flavors such as passion-fruit and lavender and more.

To this smoothie, I added the zucchini raw and frozen, but steaming it first and freezing is fine too. The interesting characteristic of zucchini is the nutrition level does not drop much after cooking One aspect of zucchini is it is on the "dirty" list with the ewg.org which means it typically the skin absorbs too much insecticide to be healthy when grown NOT organic. I hope you love this simple protein smoothie.