A cauliflower pizza crust using almond flour for a blast of protein and anti-inflammatory power, as well as all the savory comfort flavor that comes with a chewy crust. Cauliflower pizza crust is full of nutrition. Full of antioxidants known to be disease fighters, supporters of the brain and heart, and high in vitamins. But did you ever think it could taste great in a pizza crust?
It can!

Is Cauliflower Pizza Crust Better for You?

Absolutely, at least mine is. Lower in calories, carbs, fat then any traditional pizza crust. And yet higher in protein and fiber and nutrients. A win win!

Does Cauliflower Crust Pizza Have Carbs?

My recipe is fairly low in carbs - 11g carbs with 8g of fiber. That's because cauliflower is a low-carb vegetable. Just ½ cup (50 grams) of cauliflower contains 5 grams of carbs, 3 of which are fiber. Some commercial cauliflower pizza crusts and even homemade recipes have higher amountsof carbs because they add in high carb flours.

Here, I use a nutritious low carb flour, almond flour. It is considered one of the healthiest low carb flours out there, according to Healthline.

Yes! The combination of light, calm taste of cauliflower and the comfort-food flavor of almond flour results in the most delicious crispy pizza crust you will love!

How Nutritional Is Cauliflower?

So1 It is not only high in anti-oxidants, but a big source of protein, vitamin C, vitamin K, beta-carotene, and boosts optimum digestion and detoxes as well! Pretty good for a single ingredient. I used it with almond flour as a binder to make an extremely delicious pizza crust, soft on the inside and crusty on the edge. So yummy! How to Make A Protein Cauliflower Pizza

It's easy just steam the cauliflower, and blend it with almond flour and other ingredients. Spoon mixture into circles on parchment. Bake until edges are crusty. You really can't make a mistake with this recipe. And there is not dough to roll, just spoon.

I recommend you check out my almond flour pizza crust. 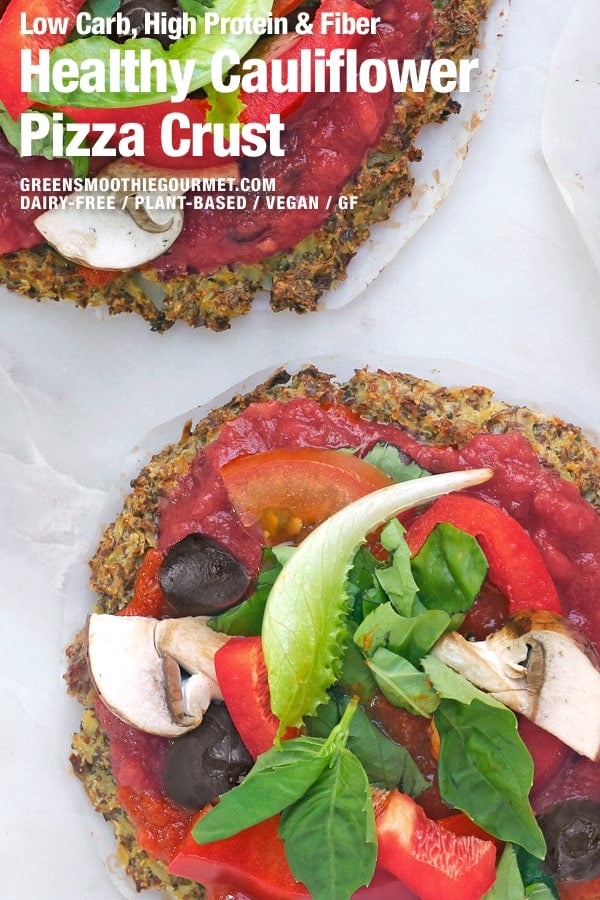